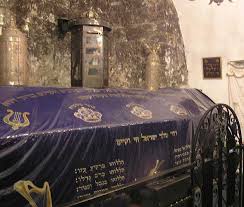 “A miktam of David” – well what exactly is a miktam? A footnote to the NIV suggests it is a literary or musical term but no one really knows. One possible meaning of the word is “a hidden treasure” and another is “a golden object”. Thus it has been called the Golden Psalm by some commentators.

And it truly is golden psalm, a real gem which reveals its beauty when it is contemplated. It was used by leaders in the Early Church to teach the Resurrection of Christ.

Also in acts 13: 35 we see Paul using this psalm to speak of Christ’s Resurrection

So we see in this psalm:

1) it applies to David who wrote it

2) it can be applied to Jesus, the Christ, the Son of David.

3) it can be applied to us a Christians. We are followers of Christ and believers in the God of David.

Let’s look at it now.

It’s all about David’s trust in God to keep him safe from his enemies.

He felt that everything good he had came from God. He was grateful to God for all these things and he delighted in fellowship with God’s people:

As for the saints who are in the land, they are the glorious ones in whom is all my delight. (v3)

At the same time he rejected the worship of false gods. It only leads to trouble, he says:

The sorrows of those will increase who run after other gods. (v4a )

Matthew Henry comments: “those who multiply gods multiply griefs to themselves; for whoever thinks one god too little, will find two too many, and yet hundreds will not be enough.”

I will not pour out their libations of blood or take up their names on my lips. (v4b )

“Libations (or drink offerings) of blood” – when the Hebrews made sacrificed to the Lord they offered the blood of sacrificial animals. But they were not allowed to drink the blood – it was offered to God alone. Their drink offerings were of wine.

But when the pagans sacrificed to their gods, they actually drank the blood of the animals. “I will have nothing to do with that,” David says, “I will not even take the names of the pagan gods on my lips.” Then he goes on to contemplate all the good things God has given him:

LORD, you have assigned me my portion and my cup; you have made my lot secure. (v5 )

“Portion” and “cup” refers to food and drink. “Lot” refers to the allocation of land to the various tribes, as does “boundary line” in the next verse. David felt that God had made his lot in life very pleasant, and he was grateful.

I will praise the LORD, who counsels me; even at night my heart instructs me. I have set the LORD always before me. Because he is at my right hand, I shall not be shaken. (v7-8 )

He feels God is with him, day and night, to guide and to strengthen him for his daily tasks as he reigns over the nation. He also feels that God will preserve his body from illness and death. and he hints at eternal life.

Therefore my heart is glad and my tongue rejoices; my body also will rest secure, because you will not abandon me to the grave, nor will you let your Holy One see decay. You have made known to me the path of life; you will fill me with joy in your presence, with eternal pleasures at your right hand. (v9-11 )

When I read these words I wonder at what some Biblical commentators mean, when they claim that the ancient Hebrews had no conception of the after-life. We are told that it was only at a much later period that they believed in Paradise.

Well here, in this psalm, David says he will experience eternal pleasures with God after he dies. (No doubt these scholars would say that this psalm was not written by David, but by a latter writer in the time of the Exile.)

However, I believe it was written by David and that he did believe in the after-life. It may be true that generally the Hebrews did not have any very clear conception of the life of heaven. But obviously David did – he just could not believe that this wonderful fellowship with God would come to an end at his death. He didn’t see how God would abandon his soul to Sheol, the abode of the dead.

As I said earlier, the first Christians saw this psalm as very much a prophecy of the Resurrection of Christ. His body was not abandoned to the grave – he lay there for two days, and on the third day he rose from the dead. Peter pointed out to his audience of Jews in Jerusalem that the tomb of David was nearby. They could go and see it if they wanted to. David’s bones were still in his tomb, but the tomb of Jesus was empty.

The empty tomb – this is the central fact of the Christian faith. Our faith stands or fails on this fact. Be assured, the body of Jesus will never be found by archaeologists for that body was raised up and ascended to heaven. Jesus is alive and he brings eternal life to all who belive in him and trust in him.

And so now we consider what the psalm has to say to us:

God, the source of good

Like David we can say to god, “Apart from you I have no good thing.” everything good we enjoy – health, friends, family, food and drink, homes – comes from God. And also, there is no good thing in us apart from God. He is the source of our faith, our hope and our love.

Fellowship of the Saints

Like David we delight in the saints who are on the earth. Just as there are saints in heaven, so there also are saints on earth. You will recall the other week we were saying that “saint” is simply the New Testament word for a true Christian. Like David we delight in the company of such people. We receive a blessing from being with them. Hence the need to meet with other believers for worship and prayer and fellowship.

Like David we turn our backs on idolatry in all its forms. A false god is not just a pagan deity such as Baal of Moloch. No, anything other than God himself which becomes an object of worship is a false god. So you can make a god of your job, your family, your possessions, your hobbies, your sports, your music, your art, your science.

Like David we are thankful to God and we appreciate that the lines have fallen for us in pleasant places. Here in Brecon we are in a magnificent part of the country, surrounded by natural beauty. We have a great environment – a goodly heritage.

And what about our moral and social heritage, our traditions of justice and democracy, freedom of speech and of worship? And what about our Christian heritage of worship and teaching, which goes right back to Saint David and includes all the great reformers and preachers of the past. We have goodly heritage and we thank God for it.

Like David we praise God who guides us in our lives and helps us to make the right decisions. He protects and upholds us so that we are not devastated by life’s storms.

Like David we believe in the life of the world to come. This indeed is really what our faith is all about.

For God so loved the world that he gave his one and only Son, that whoever believes in him shall not perish but have eternal life. (John 3: 16 )

We can say, “Thank you Lord that because of Jesus we know you will not abandon us to the world of the dead when we have come to the end of our earthly life”.

You have made known to me the path of life; you will fill me with joy in your presence, with eternal pleasures at your right hand. (v11 ).

As it says in the old Catechism, and also in the Confession of Faith: “The chief end of Man is to glorify God and to enjoy him forever.”

Comments Off on The Golden Psalm

Filed under Old testament, Resurrection of Jesus, The hereafter